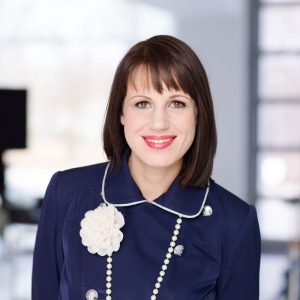 A native of Germany, Tanja Dorn studied the piano with Annerose Schmidt at the Hochschule für Musik Hanns Eisler in Berlin, where she received her master’s degree in piano performance, chamber music, and piano pedagogy. As a student, she was elected head of the student parliament and nominated as the first student board member of the Academy’s Friends and Supporters Foundation. In this capacity, she founded Europe’s first student concert agency, Eisleriana, and initiated a biannual fundraising concert series in collaboration with Germany’s Minister of Economics. She also organized the Berlin Wall Concert, a music project between students of The Juilliard School and Hochschule für Musik Hanns Eisler in Berlin to commemorate 15 years of the fall of the Berlin Wall. As a performing pianist , she has served as an ambassador to her hometown, Mainz, and has performed throughout Europe, including her orchestral debut at the Great Hall of the Berlin Philharmonie.

Tanja Dorn moved to New York in 2003 and first served as Artistic Director of Klavierhaus, where she produced over 50 recitals showcasing young artists. She then moved on to be an Associate Manager at Columbia Artists Inc, where she worked with an extensive roster of top performing artists. Shortly after founding Tanja Dorn Artist Management in New York while simultaneously running the office of Sir André Previn, Tanja was recruited by IMG Artists to serve as Vice President in their New York office. Subsequently she was made Associate Director for North/South America/Germany of the conductor and soloists department. In 2009, she moved back to Germany to oversee the establishing of the German branch office in Hannover where she served as Director and Procurist.

In January 2016, Tanja Dorn founded the global artist management agency Dorn Music. The agency offers complete management support at the highest level with a dedicated individual approach to developing a healthy, long term career for each performing artist. Additionally, the agency has been producing music films and concerts at acclaimed international venues including a sold out concert on the main stage of Carnegie Hall in New York.

In January 2018, Dorn Music LLC was founded and a New York office was established. In addition, Young Artists Foundation, a non-profit organization, conceived and spearheaded by Dorn, was founded at the end of 2016.